I am reading this book for the benefit of my Grandchildren. The Link is to the Table of Contents having Each Chapter of the Chaplains and Clergy Of The Revolution as a separate video that is linked to each Blog Post at SamuelAdamsReturns.net when the video is completed.

Why am I doing this for all to see? 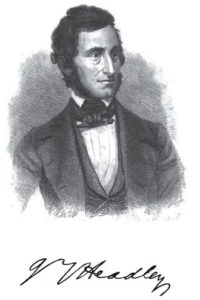 As Mr. Headley states in his preface of Chaplains and Clergy of the Revolution: “…I feel I have done something towards giving the clergy and the pulpit the place which they ought to have in the history of the Revolution, and furnished a book which will benefit the generation now rising into manhood, by directing the mind not only to religious influences, but to the great source of all national blessings, as well as to battle fields and the strong legions.”

As with our modern time, when Chaplains and Clergy of The Revolution was published in 1864 the Country was going through tumultuous times. This is ongoing since the Anti-federalists even predicted the cabals of the 20th and 21st Centuries. Most importantly Mr. Headley wanted all to remember that Christianity was key to our nations foundation. He writes: “Notwithstanding the numberless books that have been written on the American Revolution, there is one feature of it which has been sadly overlooked. I mean the religious element. In this respect there is not a single history of that great struggle which is not so radically defective as to render the charge against it of incompleteness a valid one. This omission on the part of historians, seems the more remarkable from the fact that common belief, the universal impression, is against it. There has scarcely been a celebration of the day on which our independence was declared, in which this religious element is not referred to as constituting one of the chief features of the Revolution, yet it receives a subordinate place in history. One reason of this, doubtless, is, that it did not enter into the machinery of political or military life. It was not an organized force that could be numerically calculated or physically disposed of in making outward achievements.”

I pray that you will read the book and or listen to the videos to learn the factual truths that are no longer taught anywhere… Not even in the churches.

Chaplains and Clergy of The Revolution